Two celebrated chefs in front of the fire 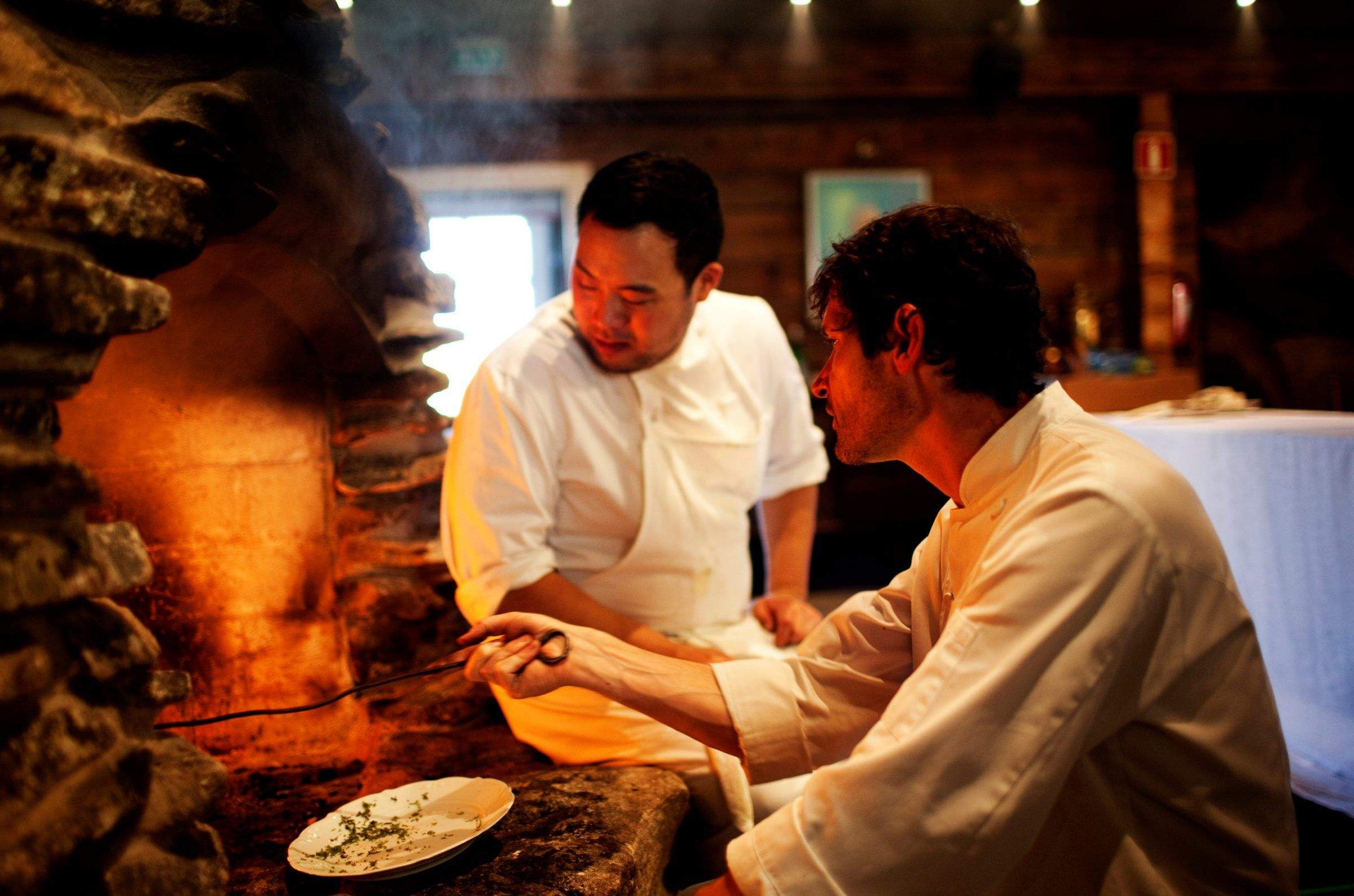 Daniel Patterson is an American chef, restaurateur, and food writer, considered a leading proponent of California cuisine and David Chang  is an American restaurateur, author, and television personality. He is the founder of the Momofuku restaurant group. He was on the cover of Times together with Alex Atala (D.O.M) and René Redzepi (Noma) in 2013 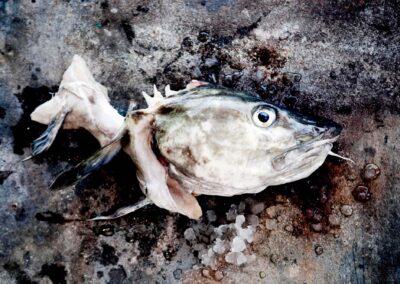 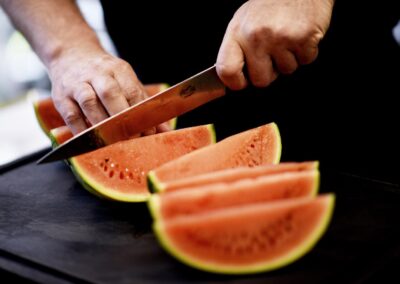 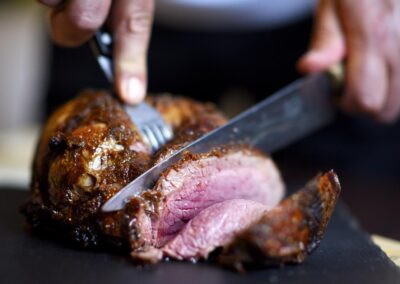 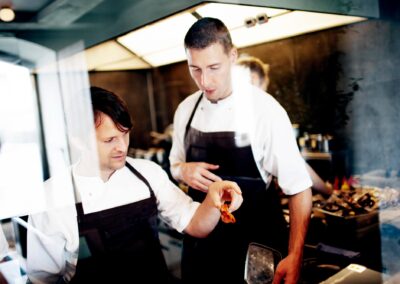